“This is another fine mess that you’ve gotten us into, Stanley.”

In case you were culturally deprived when you were young, that quote is a rather famous accusation voiced frequently by Ollie in the Laurel and Hardy comedies. About the only thing that I never heard Oliver Hardy blame Stan Laurel for in those movies was his weight. Obesity was not viewed as a national health crisis in the twenties thirties and forties, hunger was closer to home for a lot of our population.

The weighty have always been among us. They have never been as dominant in numbers as they are today. Along with the new fat epidemic comes symptoms of ill health that worry us (a lot) when we exhibit them. Added to that are diseases like cancer, heart disease and diabetes; all common problems related to the obesity. END_OF_DOCUMENT_TOKEN_TO_BE_REPLACED 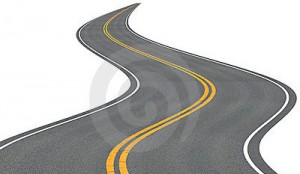 Remember that old Alka Seltzer ad with the guy groaning that he couldn’t believe he ate the whole thing? To me it is a most graphic reminder that what we eat directly effects how we feel.

All of us are good at remembering the connection of food and feeling in the short run. The problem is come when remembering to connect the information to our overall dietary habits and quality of life. END_OF_DOCUMENT_TOKEN_TO_BE_REPLACED