When it comes to nutrition and diets, the “bad guys” leading to diseases and to weigh gain seem like a rotating cast of characters. When I was young,  it was all about fat. Over the years carbohydrates, sugar and lectin (to name a few) have been pinpointed as the culprits.

END_OF_DOCUMENT_TOKEN_TO_BE_REPLACED

My last post mentioned the O word – Obesity. It even sound ugly!

The dictionary calls it “the condition of being grossly fat” and goes on to list synonyms like grossness, flabbiness and corpulence. Then there are the less obnoxious synonyms: stoutness and portliness. Finally, there is chubbiness which sounds downright cute after reading all the others! Honestly, none of them sound very appealing! END_OF_DOCUMENT_TOKEN_TO_BE_REPLACED

Sometimes it is hard to believe that we are totally dependent on the kindness of our internal and external biota. Everyone fears the dreaded Staphylococcus flesh eating bacteria that is methicillin resistant. Yet how many of us know that our sweat glands are occupied by a benign bacterial cousin? A cousin that aids our immune system in its constant combat with less friendly invaders.

Friendly skin staph bacteria is in fact very helpful to the immune system! The problems arise when they mutate into cousins that cause serious infections in open wounds. Current research indicates that our fascination with anti-bacterial hand cleansers can clearly have some harmful effects when used extensively and often, These cleansers often demolish our protective skin dwellers. END_OF_DOCUMENT_TOKEN_TO_BE_REPLACED

“This is another fine mess that you’ve gotten us into, Stanley.”

In case you were culturally deprived when you were young, that quote is a rather famous accusation voiced frequently by Ollie in the Laurel and Hardy comedies. About the only thing that I never heard Oliver Hardy blame Stan Laurel for in those movies was his weight. Obesity was not viewed as a national health crisis in the twenties thirties and forties, hunger was closer to home for a lot of our population.

The weighty have always been among us. They have never been as dominant in numbers as they are today. Along with the new fat epidemic comes symptoms of ill health that worry us (a lot) when we exhibit them. Added to that are diseases like cancer, heart disease and diabetes; all common problems related to the obesity. END_OF_DOCUMENT_TOKEN_TO_BE_REPLACED

Reading recipe books and diet and advice books are part of my job these days. Thankfully, I get a lot of advance reader copies for review. Most of them I read or at least skim through, sigh and toss aside. Every now and then I actually find one I am wildly enthusiastic about. This is one.

At the end of last year when I received this very thin volume entitled The Diet Dropout’s Guide to Natural Weight Loss.  I rolled my eyes and tossed it aside. I mean really!  Who isn’t a diet dropout?!  And why the cutsie title? END_OF_DOCUMENT_TOKEN_TO_BE_REPLACED

There is a marvelous video that my friend Elizabeth brought to my attention. She posted the link yesterday on Facebook. I took a look and decided it is too good to pass up.

Rip Esselstyn is a former All-American swimmer, pro-triathlete and retired Firefighter.  Inspired by his father (Caldwell Esselstyn), he persuaded his Austin Fire Department’s Engine 2 Company to adopt a plant-based diet. The story is written in his best selling book:  Engine 2 Diet: The Texas Firefighter’s 28-Day Save-Your-Life Plan that Lowers Cholesterol and Burns Away the Pounds. END_OF_DOCUMENT_TOKEN_TO_BE_REPLACED

I am not a fan of bitter. I don’t really like quinine, arugula, bitter chocolate or Starbucks coffee. Until recently I would have included green tea on that list. In my mind it is associated with that bitter stuff you get in Chinese restaurants.

Green tea, however, has always been one of those things that I have thought that I “should” like because it is so good for you. Or so I have read. END_OF_DOCUMENT_TOKEN_TO_BE_REPLACED 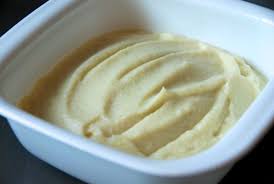 A low-calorie, tasty alternative to mashed potatoes is mashed cauliflower. I actually think they taste better although you may not be able to tell the difference by just looking at them.

Since going to a primarily whole food plant-based diet there are only a few things I really miss. One of them is the butter on and sour cream in mashed potatoes. After watching everyone at Thanksgiving scarf them down I decided I had to pacify myself with a big batch of mashed cauliflower. They tasted great and had the added benefit of making me feel a tiny bit superior for having resisted the potatoes. END_OF_DOCUMENT_TOKEN_TO_BE_REPLACED

Last Saturday, I was incredibly please to read Dr. Dean Ornish’s opinion piece in the New Your Times entitled Eating for Health, Not Weight

In this piece, Ornish talks about one of the biggest dieting myths today:  it doesn’t matter what you eat as along as you lose pounds. Many of us equate thin and healthy; but it ain’t necessarily so! The food you eat matters. END_OF_DOCUMENT_TOKEN_TO_BE_REPLACED 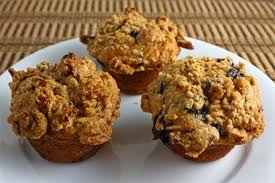 Muffins are my latest science project. While some of them have been good, they still were not “perfect”. The main problem was that they were consistently too dry.  Adding oil just made them greasy and heavy and adding water, fruit juice or nut milk made them gooey. Most of them would taste ok on first bite, but would soon turn to sawdust in the back of the mouth.  It seemed that part of the problem was that the batter was too smooth. Which lead me to experiment with Gluten-Free oats.

All the experiments were getting me confused, so I finally sat down and made a spread sheet (Yes, I know how funny that is)! END_OF_DOCUMENT_TOKEN_TO_BE_REPLACED