Here is the beginning of my husband David’s story about his retreat from heart disease and pre-diabetic condition. He used only natural methods and diet to regain his health. Sit back and enjoy 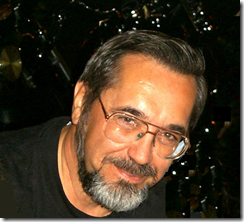 Living in a simple world is easy.  All you have to do is ignore reality, which is annoyingly complex most of the time. I am, in fact, guilty of using this coping method. I’m telling you this before Genene can take up the subject and tell on me.

I am the one in this household who after having a stent placed in my left anterior descending artery to my heart gained  thirty pounds of unneeded lard. Probably some of which was deposited in my arteries.

Of course I told myself that it was my genes that made me fat as I aged. I had a whole plethora of pompous ways of approaching the subject of my near demise due to less than two grams of tissue clogging deposits. The artery, which the medical profession calls the widow maker, is small but important in bringing oxygen to the heart muscle.

The physician who placed the stent in my heart informed me after the operation that I was probably going to need open heart surgery within a few years. It was a rather matter of fact, off-handed statement about ripping open my chest and tearing my arterial system to my heart apart.

The internet gave me access to all of the information about the human body and diet that anyone could ever desire. I learned a lot about heart disease and diet.  I absorbed it as I continued to eat everything that I had always eaten and gradually gaining weight.  Along the way,  my blood tests showed a growing problem with Insulin Resistant Diabetes and my blood sugar reached dangerous levels.

I fixed that by drinking flax seed oil and taking massive doses of niacin but my weight gain continued to creep up on me. Of course that method didn’t really fix anything but my insulin resistance. In the next series of test my blood sugar was lowered significantly and I figured I had it beat.

So how did I go from clogged arteries to clogged cells that Insulin could no longer penetrate in its mission to bring the nutrients across the cell walls? How did I lose the nearly eighty pounds of unwanted fat that I was carrying around?

I’ll give you a hint, its the food stupid! I took twenty years to actually absorb that fact and act on that knowledge. That rude comment is more for me than it is for you.

In another post I will talk more about Insulin Resistance and its cure. Yes, you can cure type two diabetes by changing what you eat, that’s the good news! Even better you can  prevent it from ever laying a glove on you. You just need to be smarter than I was about when to change you diet.