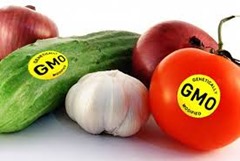 In the 23 years since the regulations were written there has been an explosion of knowledge about genetic modification and a massive number of GM products introduced into the market. The science of DNA modification and advances in technology happen every month.  And yet, regulations that are supposed to protect citizens and consumers have remained the same.

It is important to note, that when the regulations were implemented in 1992,  there were no GMO food crops on the market. Over the previous six years, scientists had experimented with modifying tobacco and tomatoes. It took two years for the first GM tomatoes to be sold in grocery stores. The sole reason for developing the Flavr Savr was to create a tomato with a longer shelf life.

By 1999 (seven years after the regulations were created) there were over 100 million acres  in the world planted with GM seeds. All with little or no oversight, confusing science and even more confusing and obscure rules.

On the face of it, the White House pushing for new regulations seems like a positive development. The promise of public meetings and some amount of transparency in the process is encouraging.  But as a consumer living in a country where Big Ag, Big Pharma and Big Food have so much clout makes me highly skeptical of the motivation both for examining the problem in the first place and the final outcome.

My skepticism is ameliorated, slightly, because of the growing consumer interest in GM foods. GMO activists groups are vocal and growing. If there was ever a time to collectively stand up and demand change this is it!

The question is if there are groups involved, who they are and how do we get involved? If there aren’t any yet, then what can we do to organize and make our voices heard?  I am on the lookout for contacts and information.

I will post any information as I find it and welcome information and updates from others. Please send comments and suggestions.