I LOVE good food! For a lot of my life, you could have taken one look at me and figured that out. As an adult I have weighed 110 pounds and 190 pounds and everything in between. I have been on hundreds of diets, can count calories, carbs and points with the best of them. I can tell you from hard experience that vegetarianism does not equal skinny or healthy!

Let’s be clear – I am a lifelong vegetarian because my parents were vegetarians. I like to tell people that I am a vegetarian because I lack imagination. But truthfully, it is because the three or four times I actually ate meat, I got really sick! There isn’t much virtue in foregoing something that makes you sick.

Thirty years ago, I discovered that sugar made my joints hurt.  I eventually quit eating sugar. Besides there was the whole weight thing and sugar which was an added incentive.

Twenty five years ago, I figured out that MSG gave me killer headaches.  That was actually pretty easy to give up! Keeping it out of our diet has been a whole other story. . .

Twenty years ago I figured out that diet drinks, contrary to the name, made me fat and cranky.  In fact, any sugar substitute seemed to have the same effect.  I gave them up.

Fifteen years ago, I could no longer deny that I had big digestive problems with dairy products.  That was just too damn bad, I wasn’t giving that up, too! Seemed like drinking gallons of aloe a month was a small price to pay as long as you didn’t really bother to do the math.

For the last 20 years,I have been a champion label reader who tried to minimized food additives, buy organic and eat whole foods.  I considered myself one of the most nutritionally conscious people I knew.

Then David (my other half), the carnivore in the family, finally developed his very own dietary restriction; a gluten allergy. So, guess what we eliminated from our diet. . .

The final straw was seeing Forks Over Knives. David was so intrigued that he ordered a copy of The China Study. He actually read every page. Twice. He was a believer.

That was it!  We decided to give the whole vegan thing a try. I figured if he was willing to make that drastic of a change in his eating patterns, the least I could do was give up eggs and dairy!

The result has been, and continues to be, a series of experiments and adventures in shopping, cooking, gardening and eating.

Yes, this experiment is an adventure in eating and changing our lives, but in the end it is more than that! Over the last year we have transformed our bodies – inside and out.

Remember, a year ago, we are basically really healthy people*.  Sure, we had the typical complaints of aging boomers – aches and pains, digestive disruptions,allergies and lagging energy: all relatively minor particularly given where we had been even 10 years ago.

By any measure we were poster kids for good eating when we decided to explore the final frontier and eliminate, gluten, chemical food additives and animal products. I mean in the last 20+ years we had avoided sugar, eaten organically (mostly) and taken our vitamins. As a result we both had low to normal blood pressure, great cholesterol numbers and no blood sugar problems. David takes no medications and my only prescriptions are to alleviate the nastier side effects of menopause.

So, when David starting talking about making these changes, I wasn’t even sure that it would make much difference in our health and well-being.

Well, I was wrong! 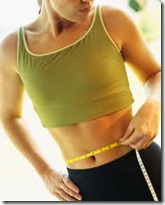 Over the last year, David lost 50 pounds and I lost 30, despite never dieting. We just ate normal meals. David is wearing jeans that are 6 inches smaller in the waist.  I am down to size 4 jeans.  Did I mention, that we haven’t dieted at all?

The fire in my belly and my unruly digestive tract are cooled off and moving smoothly.  Our only aches and pains come from overdoing in the garden.  David’s blood pressure is down 20 points which matches mine at an average of 100/70. Our cholesterol numbers are a joke – in the low 130s (HDL is high and LDL is low) and triglycerides below 50. Allergies are less bothersome and we have tons of energy.

I feel so good it almost makes me sick!

We have been asked so many times what diet we went on, what foods we eat and don’t eat and how in the world we did it.  This blog will help answer some of those questions.

David and I  are both writing the story of what happened before this which we will post it later. We were both quite ill in our younger years. Over time we have educated ourselves and gone through a long process of change.  At the time we started this latest adventure we were both more healthy than anyone (including us) could have ever expected.