I was once told that I could do anything I wanted in life if I were willing to pay the price. . .

Over the last couple of months of moving, I have done what I wanted! I somehow decided that eating things like dairy and gluten, snacking on honey roasted peanuts and eating irregularly were just fine. They haven’t been!  I gained 5 lbs, my joints ached and my intestinal tract was VERY unhappy with me. Even worse my blood sugar was so out of whack that it turned me into  something of a whack job to live with!

We ate irregularly because we were traveling, busy, off our schedule, in a different time zone, didn’t have a kitchen or we were just plain tired. You can pick the reason. Instead of regular small meals we ate big breakfasts (greasy hash browns and fried eggs with toast). We snacked instead of eating lunch. We ate big meals late at night. The price was that neither one of us slept well and were chronically either starving or stuffed. Between the snacks, the lack of sleep and the greasy food it is a miracle I only gained 5 lbs. But 5 lbs makes a difference and my body knew the difference: I was crabby and my joints ached.

I tried to talk myself in to feeling virtuous, because, after all, honey roasted nuts are NOT as bad as pastries or ice cream. I am here to tell you that even I found my rationalizations unbelievable, although not for lack of trying. The problem was compounded by the fact that even if I succeeded in lying to myself long enough to believe it, my body doesn’t lie: my joints ached, I started craving sugar and I was having trouble with hypoglycemia for the first time in years!

I fell into putting 1/2 and 1/2 in my coffee because it was so much easier than making nut milk. And somehow it seemed like a better choice than the chemical and sugar laden store bought nut or soy milk. Sounded good to me; but again my body wasn’t buying it. My IBS came back after months of total remission.

We (this time I had a partner helping me out) started eating regular white sour dough bread and other wheat breads because they were easier to find and we found a couple of amazing bakeries. David figured his allergy wasn’t “that bad” any more and he could safely switch since store-bought gluten-free bread tastes like cardboard. Our bodies let us know that this was really not a brilliant move: David’s esophageal reflux came back and did I mention that my joints ached? 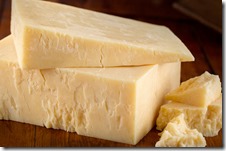 At some point I just decided that since I was doing all this stuff anyway, why deny myself cheese. So I bought some goat cheese at Farmer’s Market. As cheese goes, the effect on my IBS showed up, but only minimally. On impulse I decided to go for broke and bought a block of asiago cheese. I ate it on white sourdough bread! Here is the fascinating thing about that little experiment. After months of romancing the idea, the reality was that if was a not very tasty, very oily block of fat that really didn’t taste that good. UGH!

That was “my bottom”. I pulled out the scale (which I had carefully hidden from myself) and faced the music. I was 5 pounds heaver with IBS and aching joints; not to mention that I was prone to crabbiness based on how my blood sugar was holding. The eating what I wanted clearly had a real price. And I was no longer willing to pay it.

That was two weeks ago. I went back to eating a gluten-free, dairy-free diet, rich in fresh veggies and legumes. My joints are not as achy, my IBS is almost cleared up and I have lost 2 of the 5 pounds.

The price was high! But sometimes I need to be reminded of just how high. I think I got it. . . At least for the next few months.