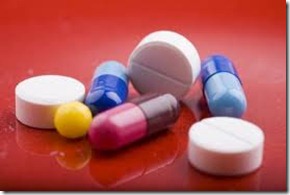 Prediabetes: 79 million peopleThe costs to are absolutely disgusting! Upwards of $170 Billion (with a B) was spent on direct diabetic care in 2010.  AND that money only applies to the almost 20 million who are diagnosed and being treated.

Use the $170 billion number for cost and 20 million people under treatment; that works out to an average of $8,500 per patient per year. Please note that the real real bomb is the 84 million hanging out there to be treated in the future. That, my friends, is what we call in the old country, a s***load of $$$!

The secret?  A plant-based diet.

T. Collin Campbell, the author of the China Study says that a plant based diet may reverse type 2 diabetes.

“Intervention studies show that Type 2 diabetics treated with a whole foods, plant-based diet may reverse their disease and go off their medications. A broad range of international studies shows that Type 1 diabetes, a serious autoimmune disease, is related to cow’s milk consumption and premature weaning.”

Dr. John McDougall has a long discussion of type 2 diabetes on his site.  He has  strong advice to those treating type 2 diabetes medication.  He advocates  a plant-based diet and says

“Written reports on the benefits of a low-fat, high-carbohydrate, plant-food-based diet on type-2 diabetes date back to at least 1930. Several published studies demonstrate how type-2 diabetics can stop insulin and get off diabetic oral medications with a change in diet.”

We have actually proved this in our house.  David was diagnosed as prediabetic.  His doctor gave him a very stern lecture on diet, weight and exercise.  He has never taken diabetic medications of any type. He simply changed his diet.  Because of the plant based diet he has lost 50 pounds, achieved  stable, normal blood sugar levels and shows NO signs of a prediabetic condition.

If you think that eating a plant based diet is expensive, think about how expensive it is to be sick. . . You do have a choice: you can spend $8,500 per year on doctors and medicine or take that money and spend it on plant-based foods.